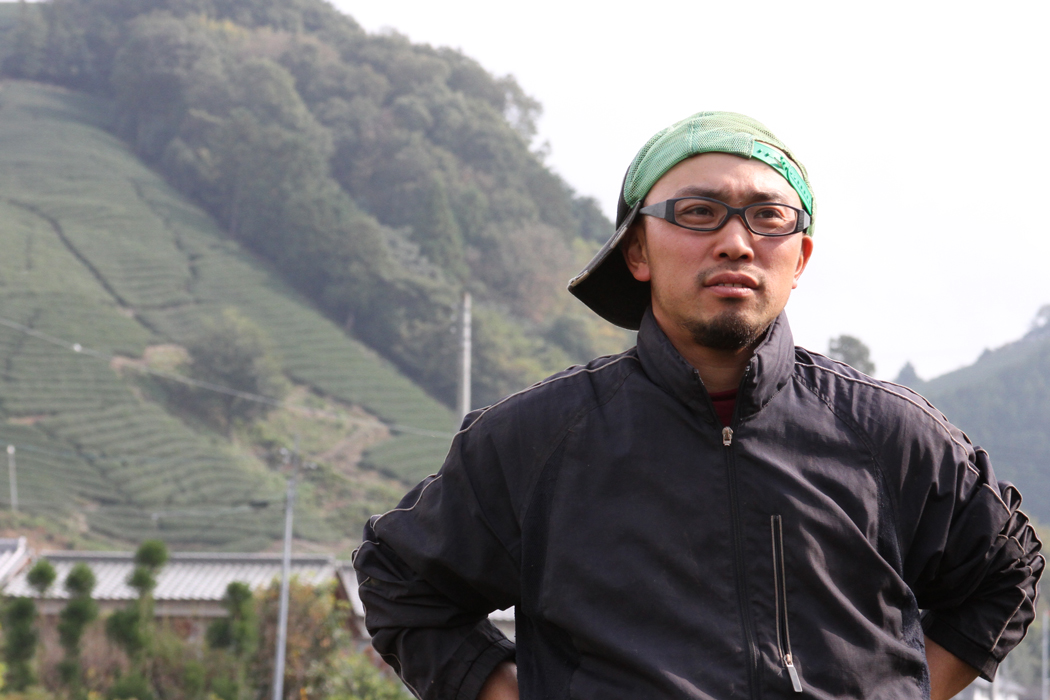 Osamu began his journey as a tea grower as a part time worker for Akky-san as he developed Kyoto Obubu Tea Plantations. The two lived and worked together and Akky passed on his knowledge of tea growing in Wazuka. Osamu had now managed his 2.5 hectares of tea fields independently for the past three years. The two still work together and share tea knowledge but Osamu has quickly began to grow his own reputation in the tea-growing community. Before he was a tea grower Osamu dreamed of becoming a farmer because he was envious of the relaxing and meaningful life lead by the brave farmers in the countryside.

Osamu is a part of a growing young generation of tea growers in Japan that will be responsible for saving the industry. By drinking his teas and connecting with his story you are doing a great part in enabling a revolution.

Contact us to schedule a Google Hangout with this grower.